The wreck that we now call the Oliver was discovered in 1970 by an expedition looking for “treasure laden galleons”.

The enterprise was called Fathom II and was one of a series of projects which searched for treasure in the Caribbean. The Fathom Expeditions were the brainchild of Dennis Standefer who ran them on a business model. Each “partner” paid $1500 to join the project of interest to them. This paid for transportation to the site, the provision of all necessary equipment and food and lodging. Partners would also receive a share of any “bounty”. Over time the Fathom Expeditions acquired an impressive arsenal of equipment, including two fully equipped vessels, equipment to remove sand and other debris and a large selection of scuba gear.

In 1970 Fathom Expeditions ran an advert in Treasure magazine inviting divers to join a project, “in the Caribbean, the exact location of which must remain a secret, where no less than five ships have been plotted “. The advert drew the attention of a young Austrian, then working as a ski instructor in Quebec, Gunther Kordovsky (photo opposite). 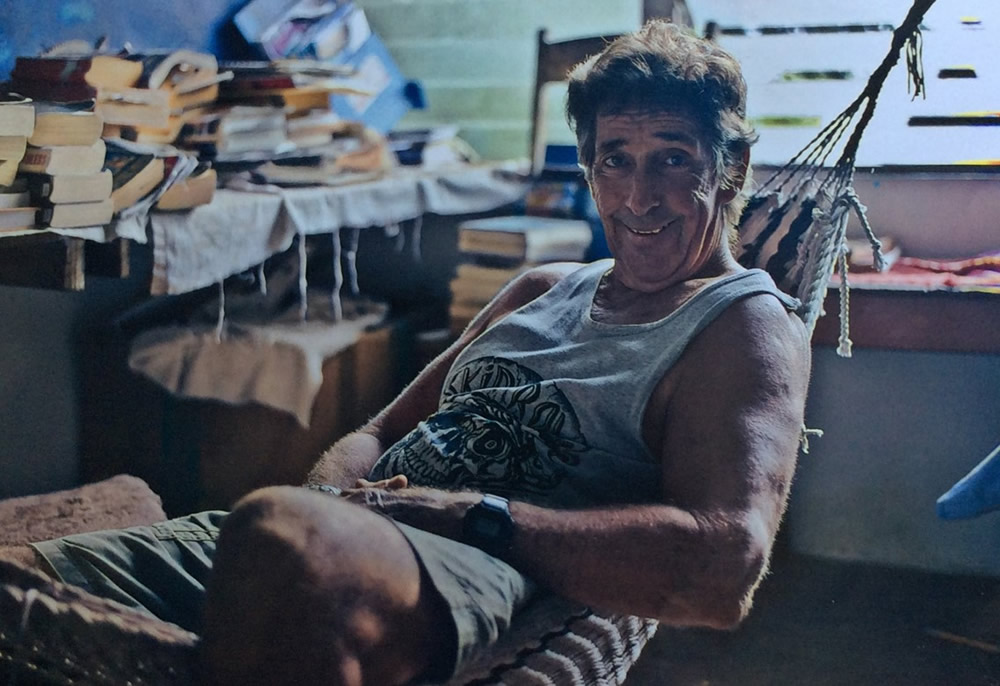 Gunther had been introduced to diving in the late 1960’s. Firstly off the coast of the then Yugoslavia followed by some altitude diving in the lakes of Austria. Some warm water diving with the chance of treasure thrown in sounded very attractive to the young ski-ing instructor.

So in June 1970 Gunther arrived in a small Cessna on the island of Utila.

Within a month of his arrival the wreck was located. In the days before underwater scooters the only way to cover a large area efficiently was to use a sledge towed behind a boat. Quite a skill to develop both for the boat handler and for the divers concerned. It was whilst being towed on a sledge that Gunther and his buddy saw what looked like a piece of metal protruding from the coral and a few coral heads in a straight line. The Oliver had been located.

The team worked on the Oliver for months. At first often by free diving to recover artefacts, later using airlifts and setting up a proper grid. Finds were made, anchors and cannon raised, but no treasure was ever found. The expedition suffered the same fate as many unsuccessful treasure hunters. In the end everyone left, bar Gunther. Who made the island his home and is still there today.

The Oliver was abandoned. Hardly dived and her precise location only known to a handful of people.

But now, 50 years later she is to be revived as an advanced “underwater classroom” for Diving Archaeology.  A treasure trove of knowledge awaits those who venture her way. 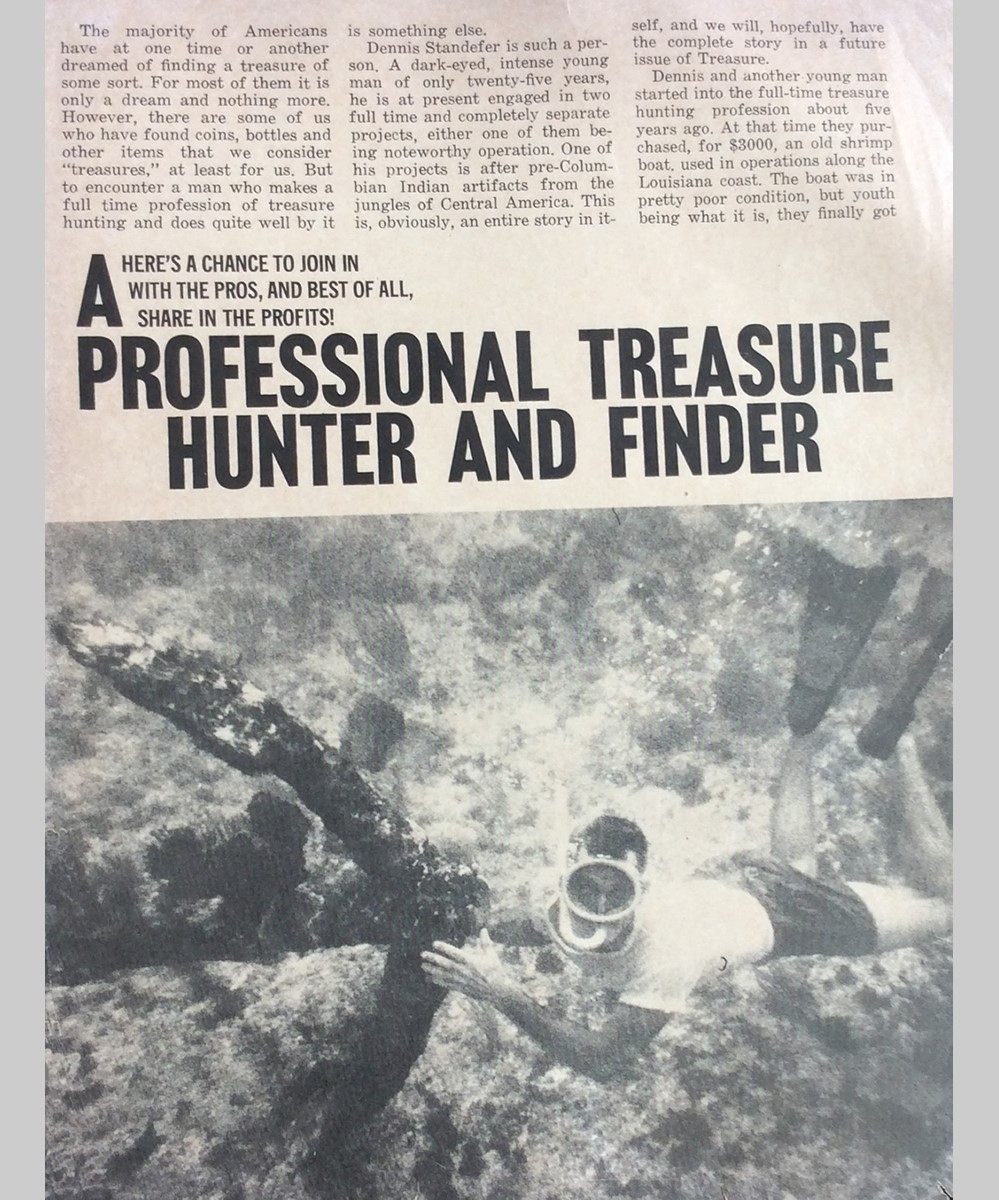 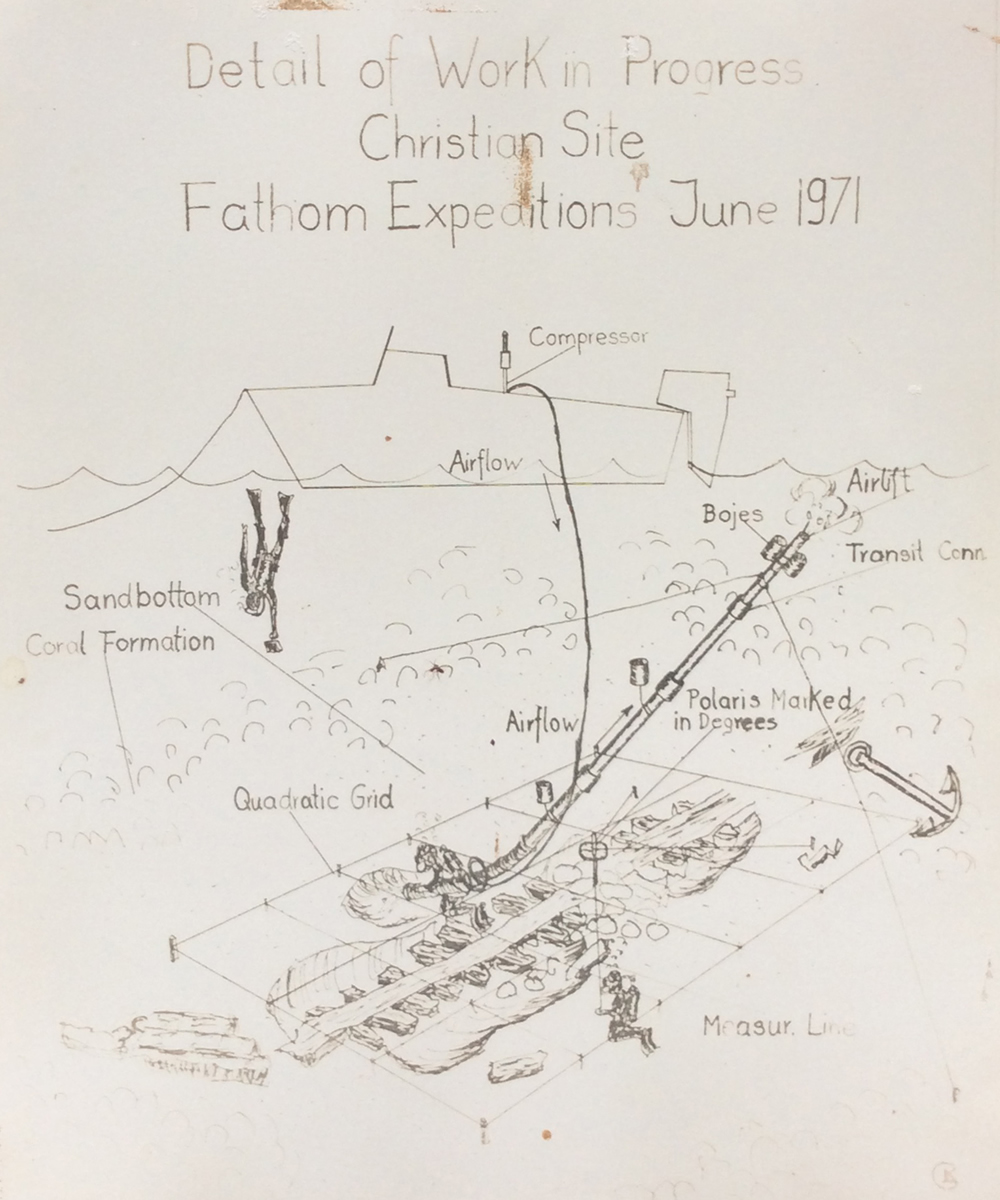 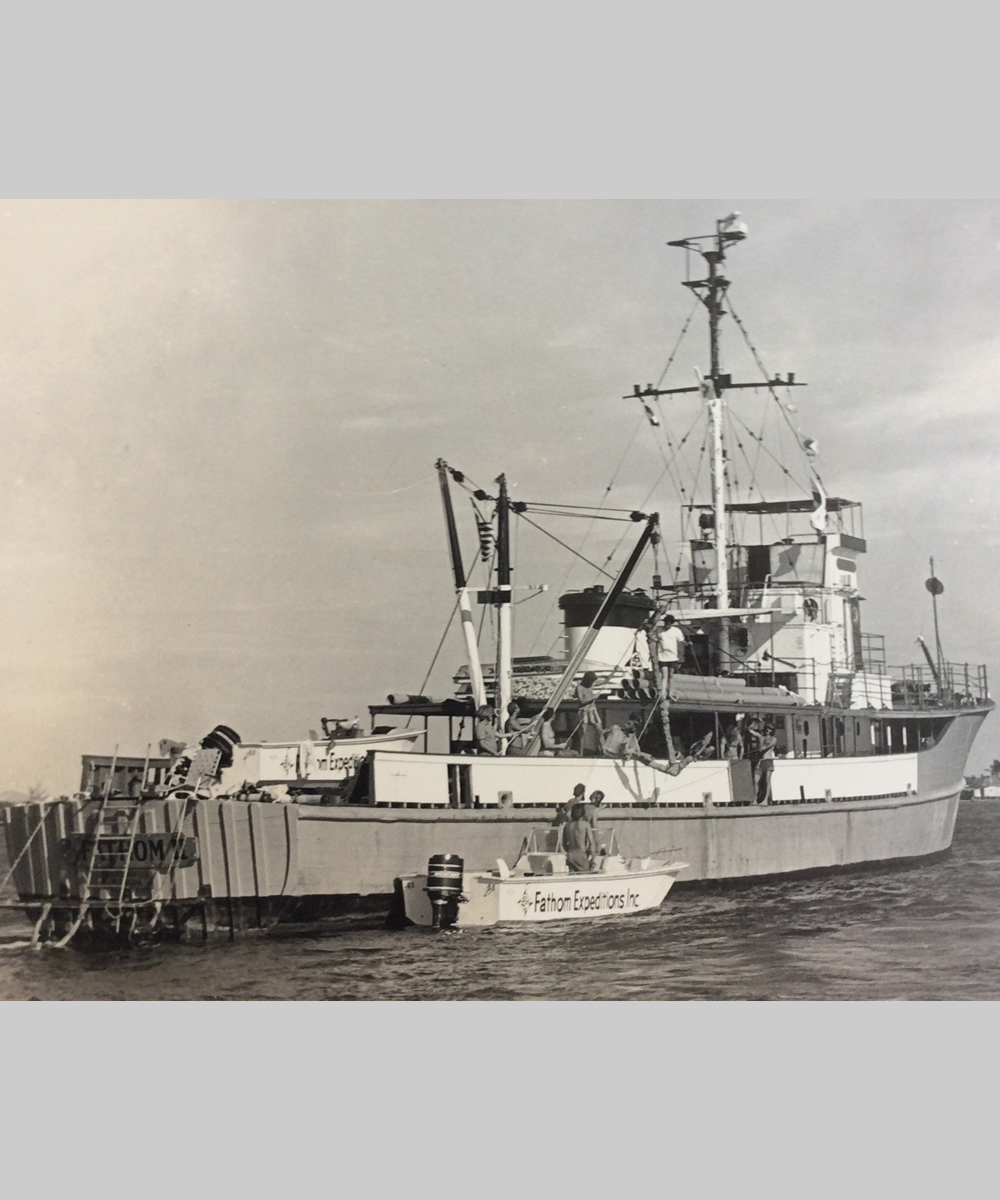 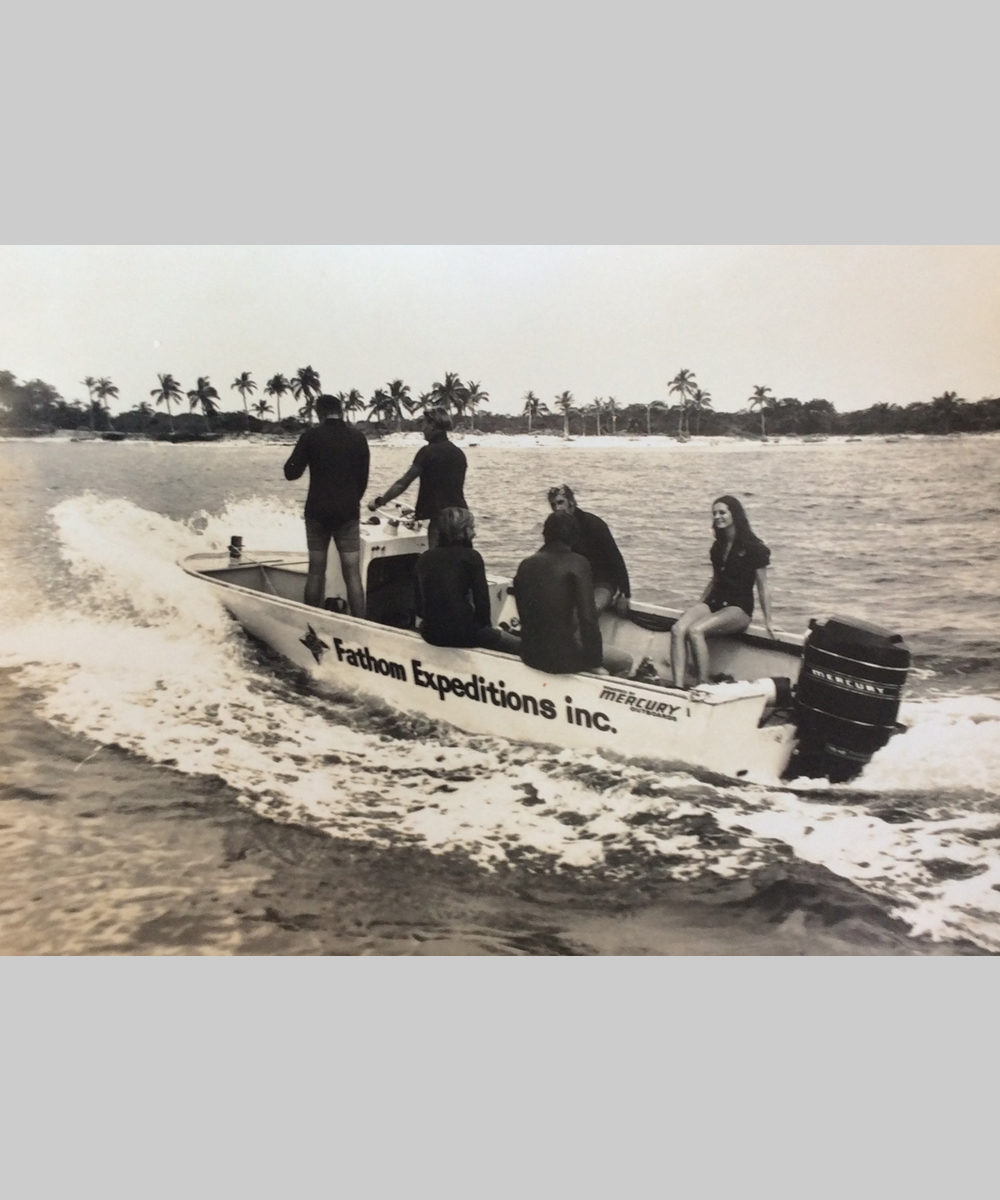 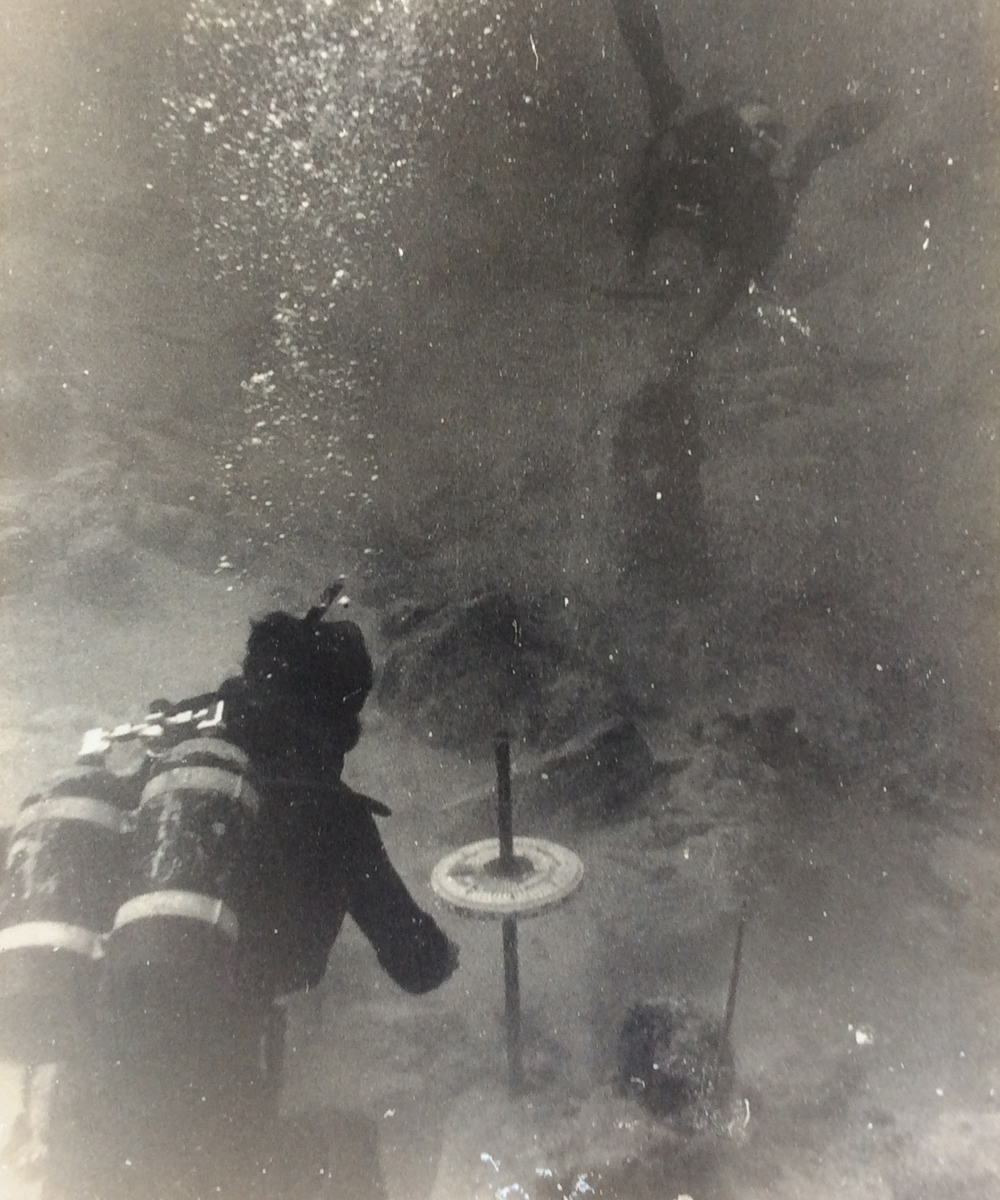 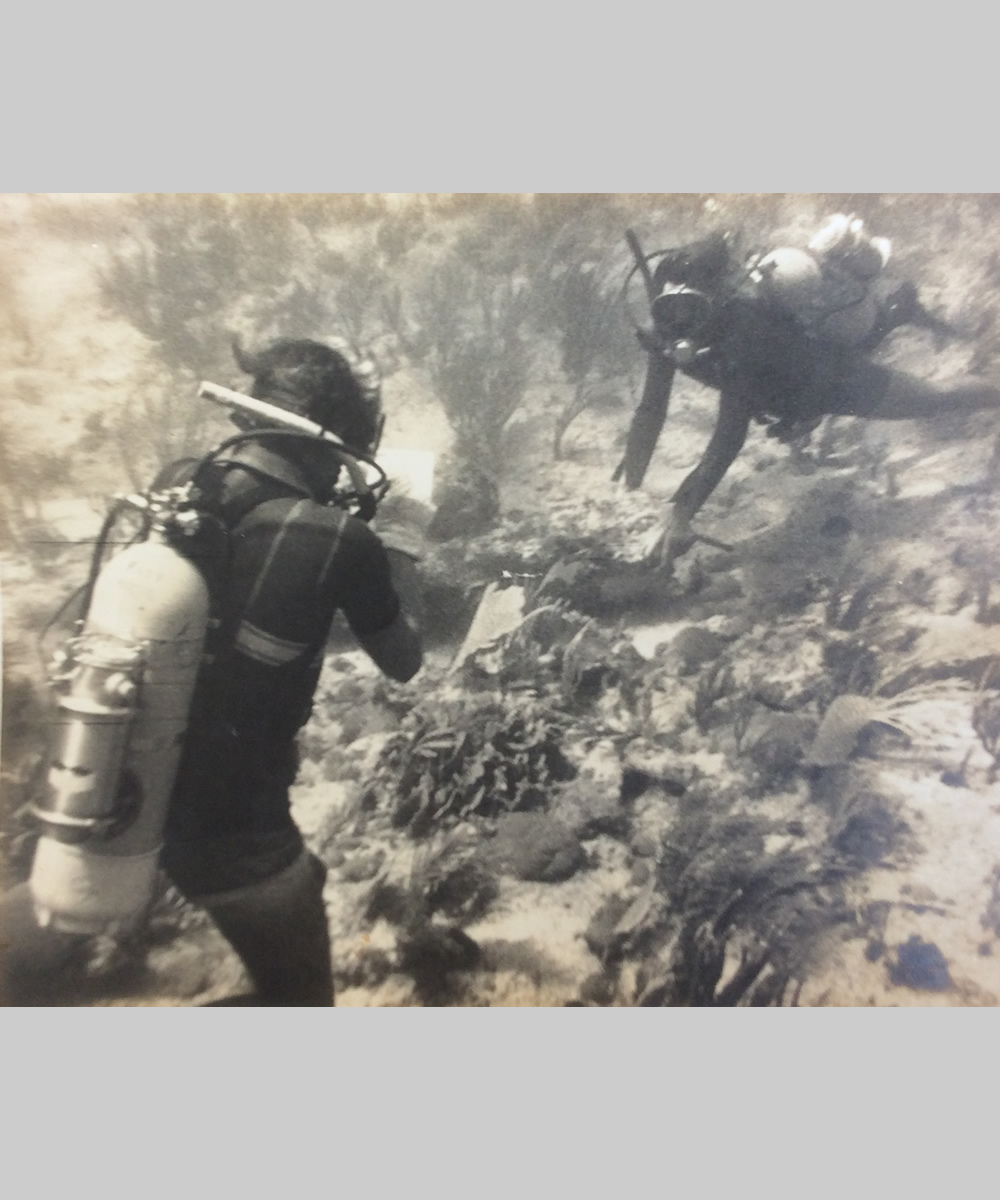 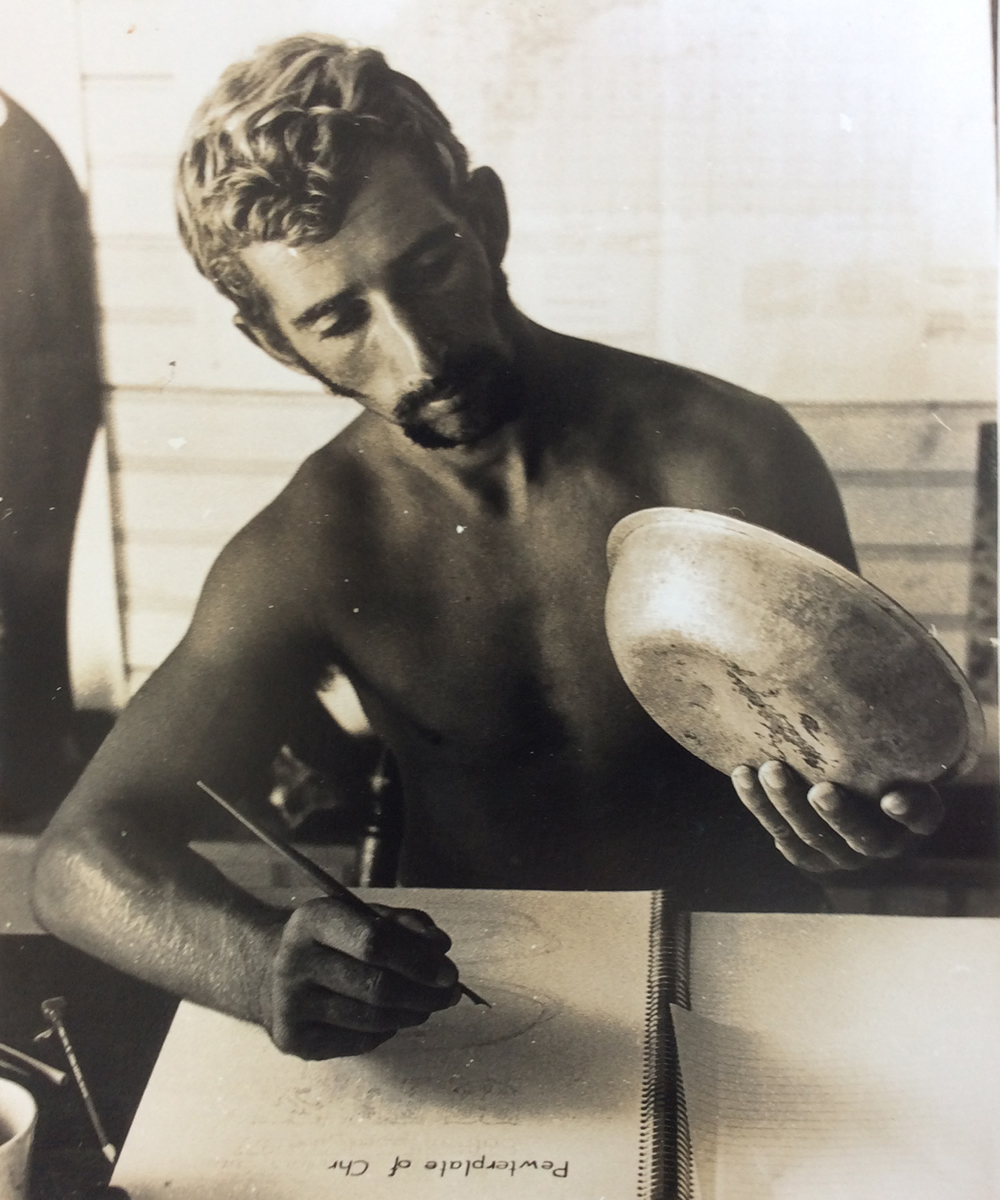 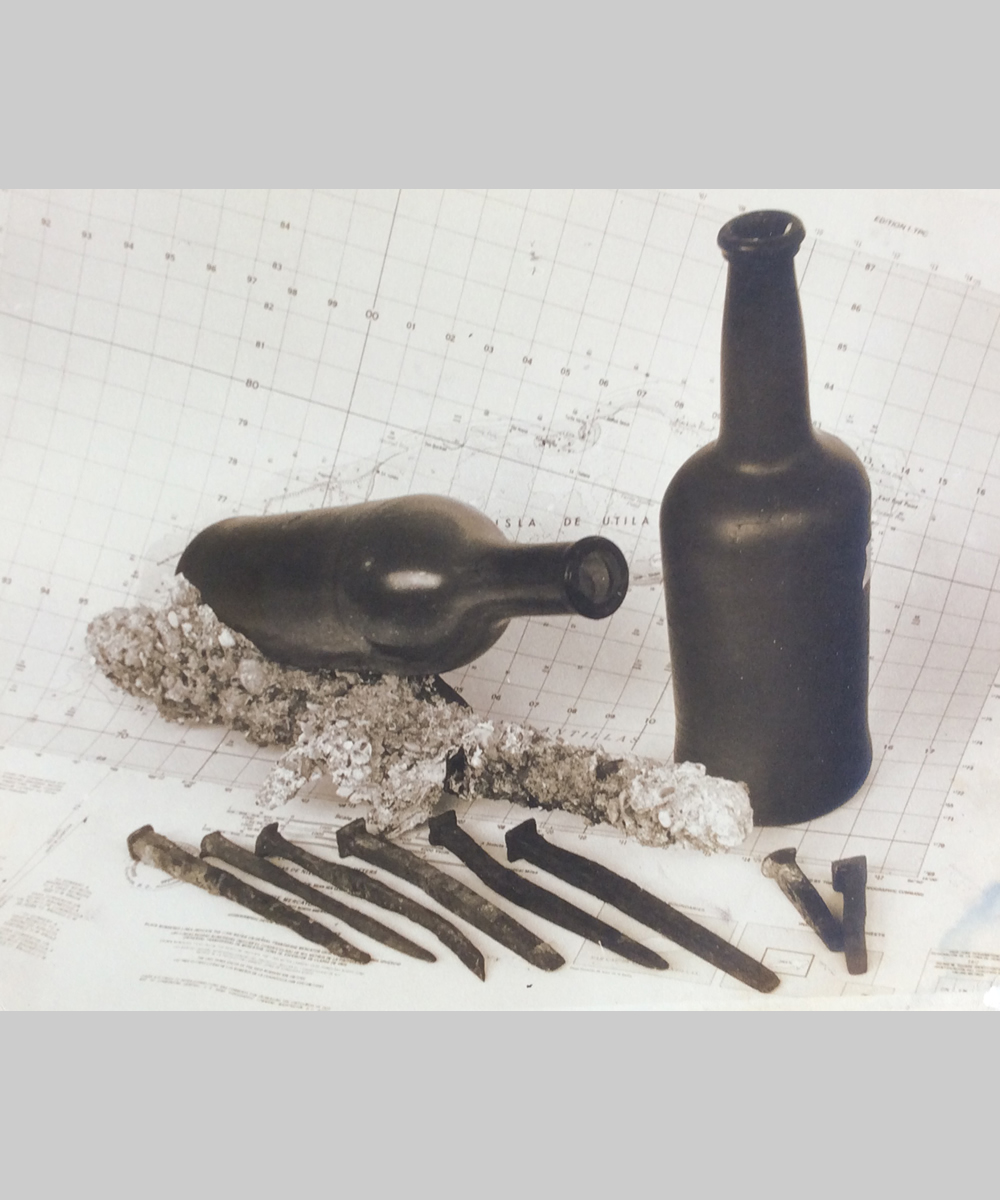 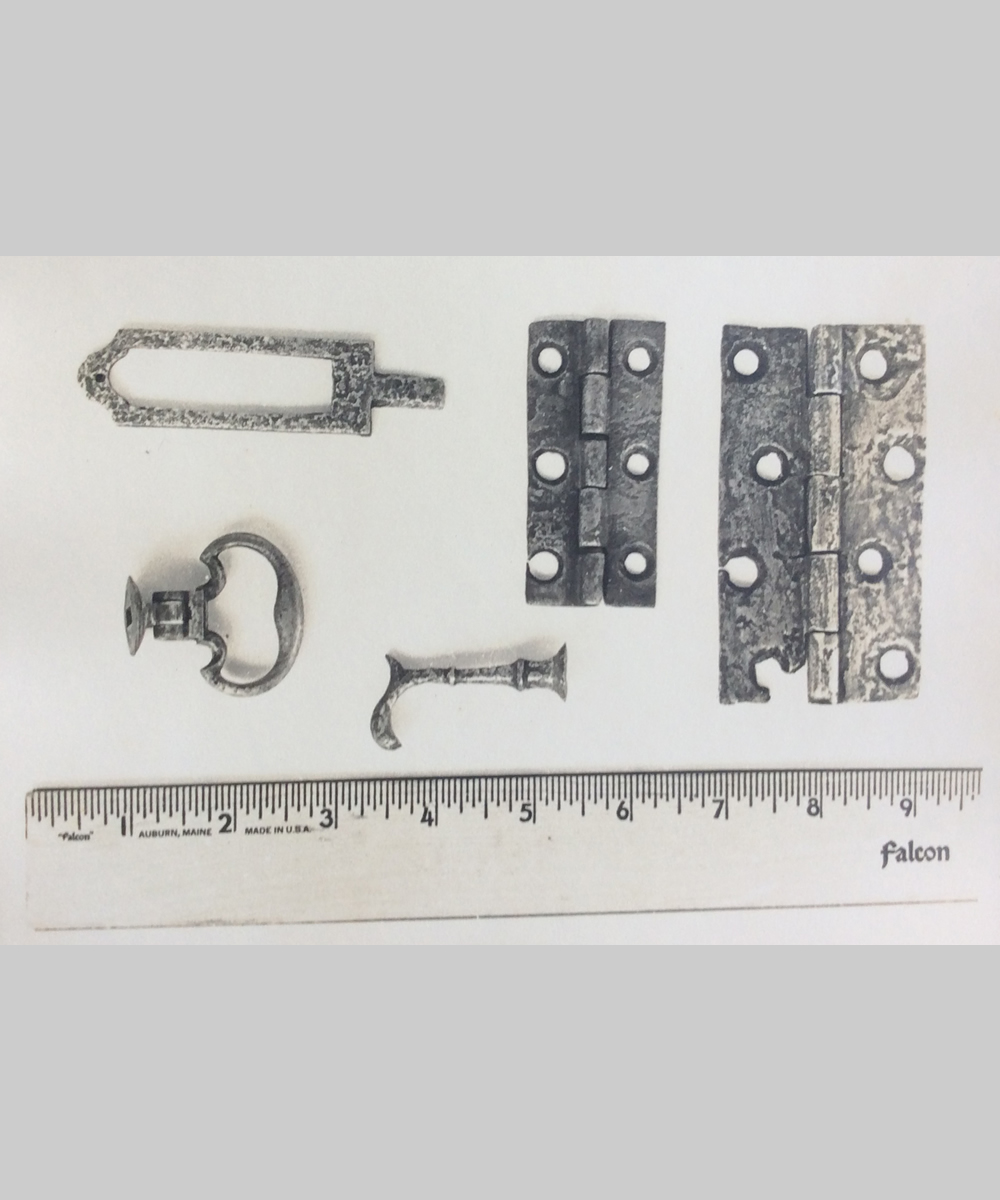 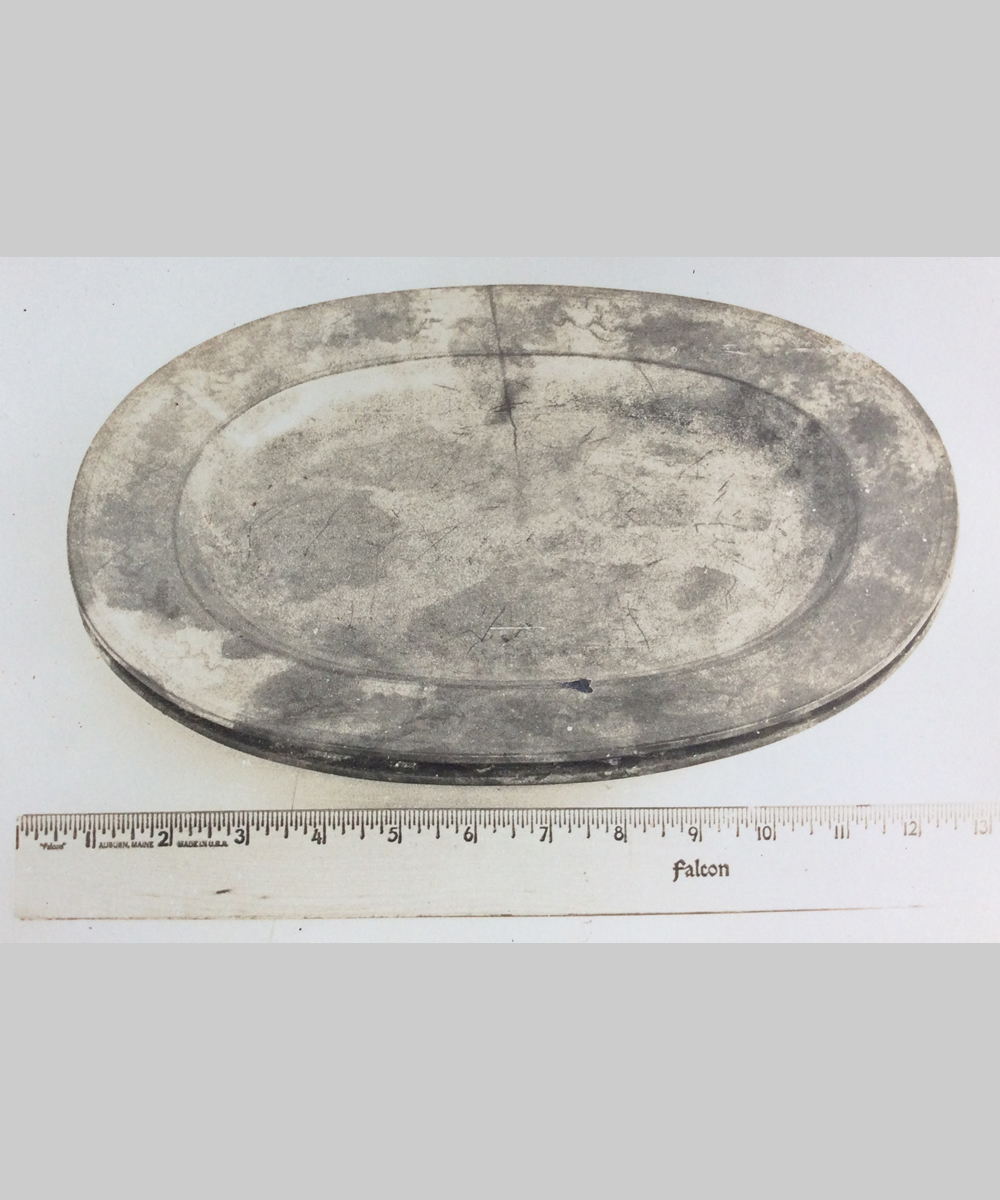