This wreck, at one time the “Oldest Shipwreck in the World”, was originally discovered by a group of divers in 1961 led by Reg Vallentine. The site is dated to 600-590 BC

However, no real archaeological work was completed on the site until a team from Oxford University Maritime Archaeological Research (MARE), directed by Mensun Bound, excavated the site in the period 1983 to 1986.

The most spectacular object recovered from the wreck was a magnificent bronze helmet (see below) of Corinthian type, decorated with incised designs including a boar on the right cheek piece.

Part of the hull and keel survived and were raised in a complex operation. The analysis of the keel provided important insights into ancient ship construction.

Mike Haigh acted as Chief Diver on the project and Joanna Yellowlees-Bound was involved in the project in many senior roles throughout. 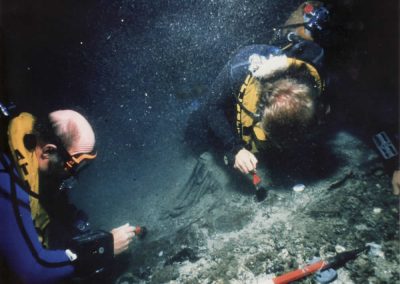 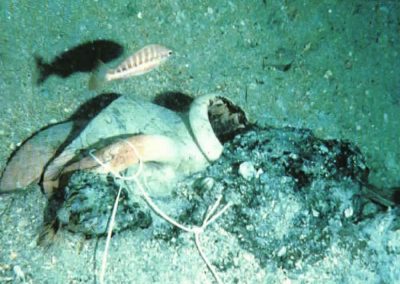 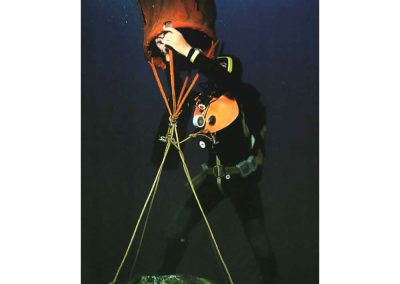 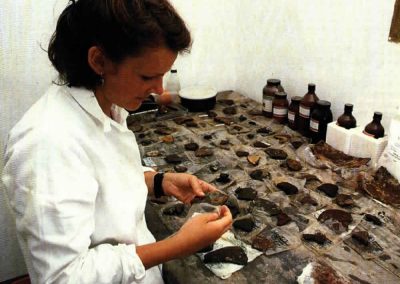 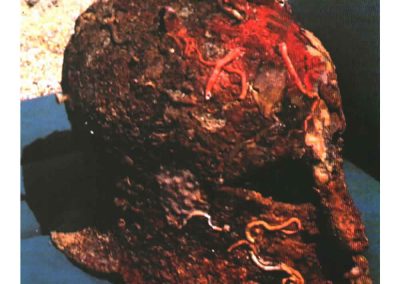 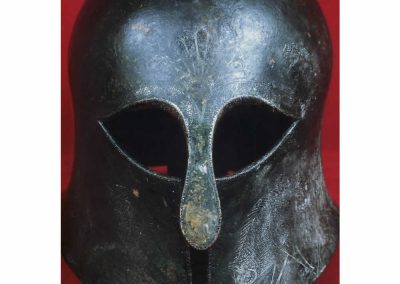