The Studland Bay Wreck was discovered in 1984 by divers from Hamworthy Sub Aqua club. A dive team was recruited by the original project leader Vic Unt to survey and excavate the site.

In the period 1985 to 1987 the remains of a Spanish Carvel were surveyed and partially excavated by this team.

In this period a complete photomosaic of the starboard side of the wreck was completed. This part of the wreck measured approximately 22.5m by 3.5m. The visibly was very limited and the production of this photomosaic was no mean feat in the prevailing conditions on the site. 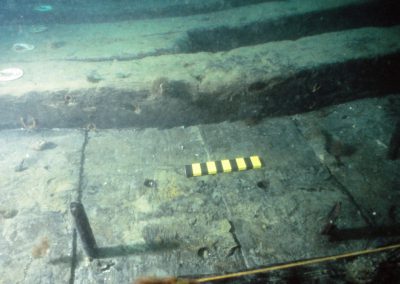 Close Up Of Structure 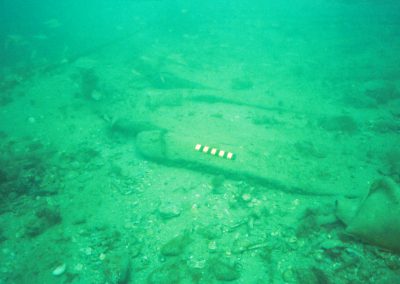 Limit Of The Site With Feature 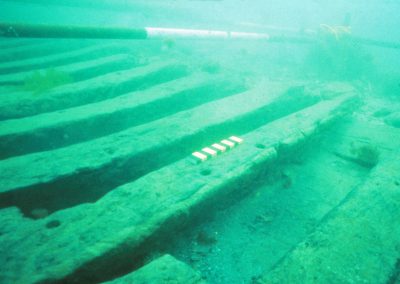 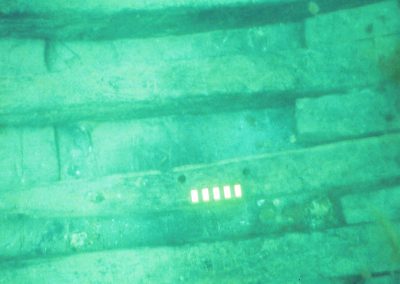 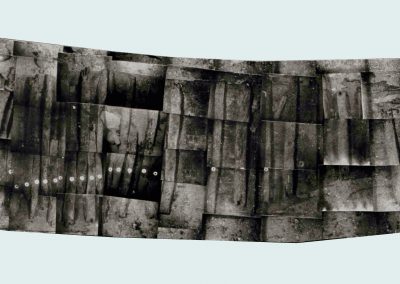