The Bay Islands, of which Utila is the smallest, are the above water expression of the Bonacca Ridge, an extension of the mainland Sierra de Omoa mountain range that disappears into the Ocean near Puerto Cortes. The Bonacca Ridge forms the edge of the Honduran Continental shelf in the Caribbean.

On the northern side of the Bay Islands the shallow waters extend only a short way before plunging into the depths. On the south side the waters are much shallower.

The climate can be described as tropical but comfortable. With year-round air temperatures ranging between 25C and 29C with east/south-east trade winds blowing most of the year. The average day-time temperature is 27C and night-time being 21C. Average rainfall averages 220cm per year, much of this coming in the months October and November. Water temperatures vary between 26C in winter to 30C in the summer. 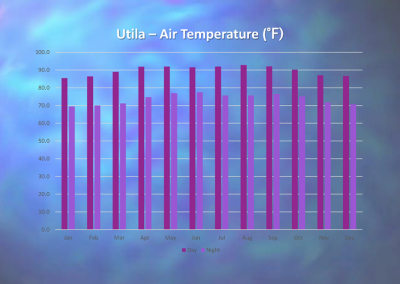 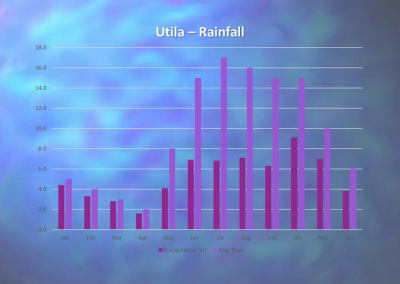 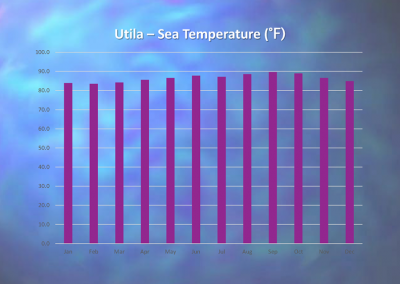 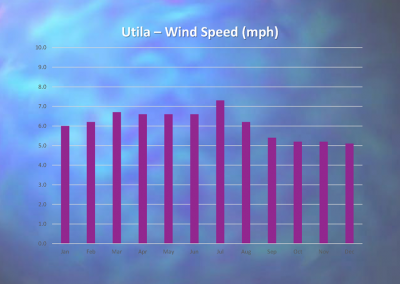