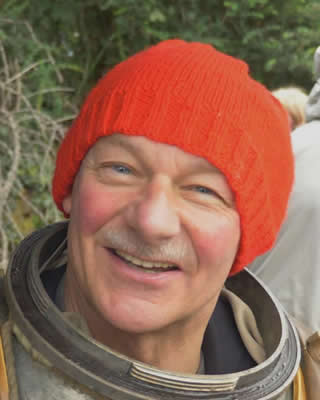 Mike’s Diving Archaeology History
(Only Some!)

Click on any of the above for further details.

Mike Haigh is a passionate advocate for the archaeological treasures of the ocean.

With an impressive track record in diving archaeology under his belt, Mike was inspired to start the wreck hunters project as a way of creating a course which covers all the essential training required to learn the art and science of marine archaeology.

As a graduate in archaeology and geography at Leeds University, Mike’s history in the field ranges from being Chief Diver Oxford University; Chief Technical Photographer on the Studland Bay wreck project; to lecturing in marine archaeology at Bristol University.

Mike explains that Wreck Hunters came about as a result of the ‘collision of two ideas’ based on his experience of excavating Roman forts while an undergraduate on “training digs” and wanting to create the same learning environment in marine archaeology. But unable to do so as there ‘were no real suitable wrecks we could work on’.

Years later, Mike travelled to the small Caribbean island of Utila, where he met Gunter Kordovsky, who’d joined a team of treasure hunting hopefuls in search of Spanish gold. Despite not finding treasure, the wreck they discovered ‘The Oliver’ proved an archaeological treasure trove.

‘Utila is a tremendous place to dive. It’s got warm tropical water; light winds and the wreck lies in 18 metres of crystal-clear water’.

‘It’s a fantastic environment to teach diving archaeology – an advanced underwater classroom – and so was born the idea of Wreck Hunters’, says Mike.

A successful businessman based in Bristol; Mike’s love of the underwater world has also seen him experience the old-fashioned way of working in the depths – courtesy of the Historical Diving Society (See below for short film of Mike kitted out using an early helmet rig at Stoney Cove).

His philosophy is that ‘wrecks are unique historical time capsules’ and that students of the Wreck Hunters project have the opportunity to investigate ‘The Oliver’ in the sort of detail that will answer questions so far unanswered.

Mike is a Fellow of the Royal Geographical Society.